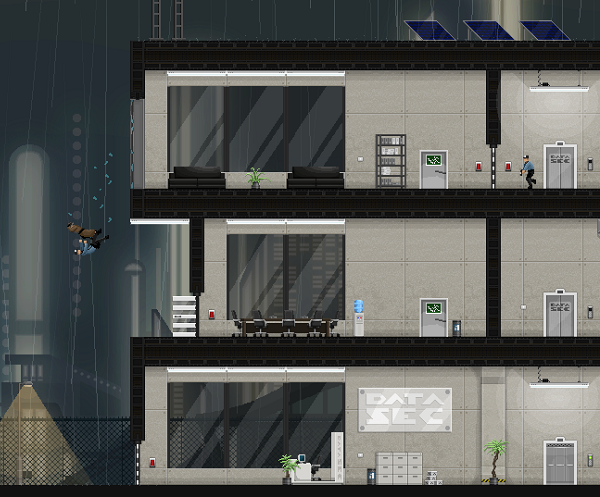 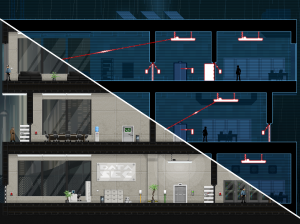 So here’s the premise: you are spy tasked with retrieving vital info from a secure data terminal.  You are armed with your basic Spiderman spy gear that lets you leap and fall great distances as well as climb walls. Cool but the fun part is that you also get a crosslink device that can rewire lights, security doors, elevators, surveillance cameras and more.  As an example, you could wire the elevator door to the lights on a level with a guard so that your arrival kills the light and send the guard over to the light switch while you slip by undetected…  Or sneak up to pounce on him from behind and punch him in the face! The choice is yours. 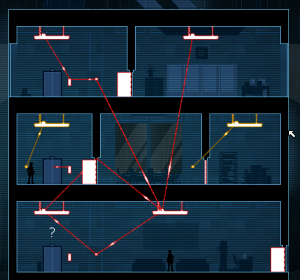