Since it is Easter weekend, I got to thinking about angels while making breakfast. Mostly about how many people seem to have a terribly inaccurate view about them. I speak of the common misconception that people become angels when they die.

There are many ways to refute this notion, but the foremost in my mind is the sheer lack of diversity. The idea that human and heavenly spirits are basically interchangeable seems to ignore the rampant creativity surrounding us. Is there just one kid of fish in the sea? Or bird in the air? Or creepy looking bug crawling around the walls of your home? The diversity of such things is astounding. And this is before we consider the variations inside smaller groups such as dogs or the absurdity of the platypus. The creator of such vivid richness surely has an inclination toward creating more than one kind of spiritual being.

Religious texts back up this premise. None of descriptions of angels equate them to humans and many texts call out specific differences. For example ‘you have made man a little lower than the angels’ and ‘the sound of the wings of the angel was heard as far as the outer court’. Similarities exist of course, but the same can be said for the gold fish and the tiger shark.

So what is driving this common misconception? I believe it stems from three things. A lack of understanding about heaven in general. A lack of appreciation regarding the true nature of angels. And perhaps a fear of whether our protectors truly care about us. 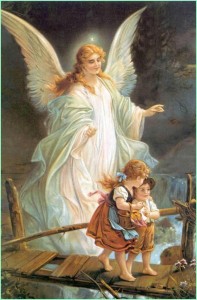 Foremost of these is a lack of knowledge about heaven. Although it’s based mostly on hallmark card imagery, many people envision a heaven with plump little cherubim and endless harp playing. This viewpoint is deftly skewered in Mark Twain’s Captain Stormfield’s Visit to Heaven. While Twain’s portrayal of heaven falls sort of the mark, it is a good deal closer to the reality than many of the people I’ve spoken with about it. I don’t want to digress to far down this path, but suffice to say that heaven is a lot closer to earthly life than most people realize. Bringing these misconceptions back on point: when one believes that heaven is a lot of idle time and harp playing, the idea of being a “guardian angel” starts to sound a lot more appealing.

The nature of angels is the second cause for this common mistake. It’s strange that we oft consider the guardian role of angels and sometimes even them “going to battle” for us, but then envision a figure that seems inspired by Disney. This imagery does lend itself towards the idea that aunt Irene is now watching over the little children (or us), but it neglects the true nature of angels. At the core of their being they are warriors and fearsome ones at that. Which is why angels start messages to mankind with the words: fear not. While the artist rendition below fails to fully capture this, it at least should help improve our mental pictures from a doting aunt to an awe-inspiring presence. 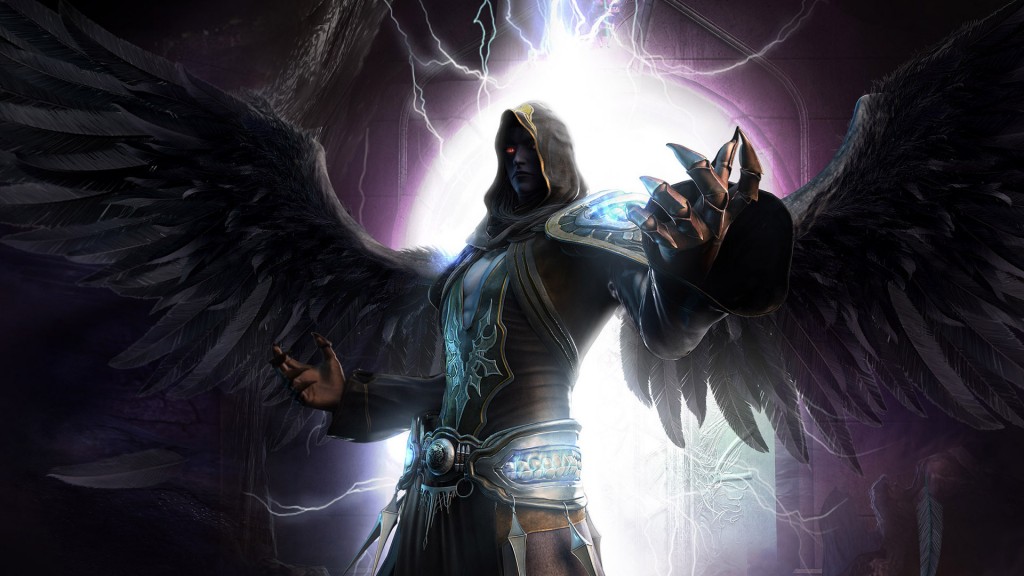 Following this second cause it isn’t without irony that I suggest the final cause as a fear about angels. I don’t claim to know everyone’s hidden fears. However, a fear regarding the purposes and inclinations of angels seems to fit here. Do angels really guards us? Why would such protectors truly care? It is easier for us to reconcile our departed family members looking after us (at least the nicer ones) than some unnamed and unknown spiritual soldier. Clinging doubts about the duties the heavenly host serve – and perhaps more so the one they serve – can make the fairy tale versions so much more appealing.

Just some food for thought…