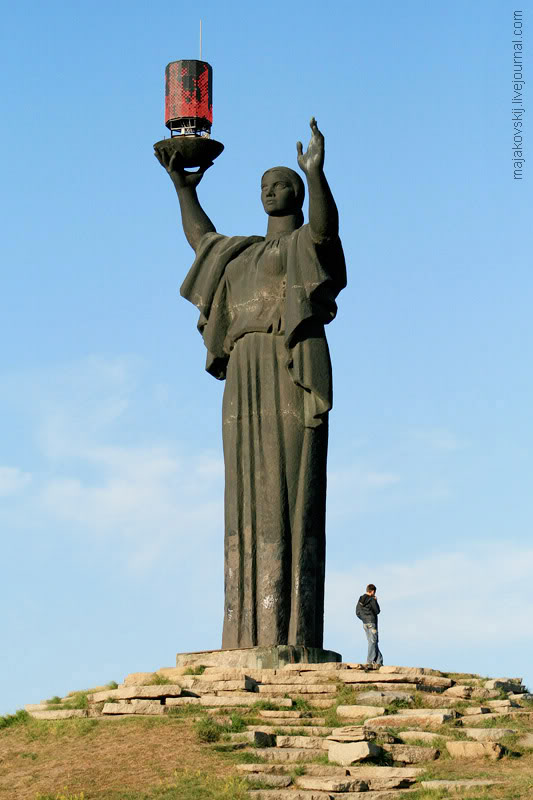 And always the gas torch was blowing on its palm symbolizing eternal memory. Elder people were admiring them, progressive youth called the monument “The Girl with Sambuca”. Such kind of fires can be met worldwide and in Russia they are called “Eternal Flames”.

But nothing is eternal on this Earth as we know. When the Soviet Union felt down and states that were its parts became independent the whole infrastructure supporting different regions became interrupted.

In this particular case that meant “You would have no more free natural gas, Ukraine!”. So this fossil fuels the flames ran on became to luxury to be burnt without any real purpose (the memories don’t cost much in wild capitalistic realities!). So the it was shut down.

For years it was standing without burning torch and no renovations were running, looked pretty abandoned.

But then… new technologies came into a play!

They combined a nice pixel flames and a cell phone transmitters inside – that’s way cool place for them – high above the city scape. – English Russia