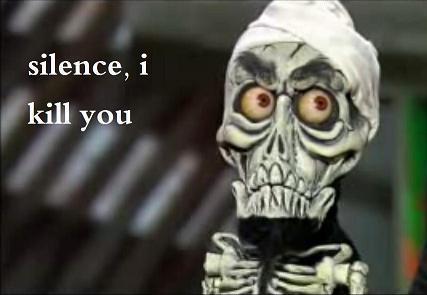 Is anyone even paying attention any more???

Senator Chris Dodd (D-Conn.) on Monday night floated the idea of taxing American International Group bonus recipients so the government could recoup the $450 million the company is paying to employees in its financial products unit. Within hours, the idea spread to both houses of Congress, with lawmakers proposing an AIG bonus tax.

While the Senate constructed the $787 billion stimulus last month, Dodd unexpectedly added an executive-compensation restriction to the bill. That amendment provides an “exception for contractually obligated bonuses agreed on before Feb. 11, 2009,” which exempts the very AIG bonuses Dodd and others are seeking to tax. The amendment is in the final version and is law.

Also, Sen. Dodd was AIG’s largest single recipient of campaign donations during the 2008 election cycle with $103,100, according to opensecrets.org.

Glen Beck brings light to a report on college GPA inflation.  Here’s the dets on the standard 4.0 scale:

As standards continue to slide or be watered down, the accomplishment of meeting such standards becomes increasingly meaningless.  Which is why our children will probably need to get a Ph D just to work a non-minimum wage job…

These aren’t tourists on the white house tour! They are the heads of state of our closest ally!!

As he headed back home from Washington, Gordon Brown must have rummaged through his party bag with disappointment.

Because all he got was a set of DVDs. Barack Obama, the leader of the world’s richest country, gave the Prime Minister a box set of 25 classic American films – a gift about as exciting as a pair of socks.

Mr Brown is not thought to be a film buff, and his reaction to the box set is unknown. But it didn’t really compare to the thoughtful presents he had brought along with him.

The Prime Minister gave Mr Obama an ornamental pen holder made from the timbers of the Victorian anti-slave ship HMS Gannet.

The unique present delighted Mr Obama because oak from the Gannet’s sister ship, HMS Resolute, was carved to make a desk that has sat in the Oval Office in the White House since 1880.

Mr Brown also handed over a framed commission for HMS Resolute and a first edition of the seven-volume biography of Churchill by Sir Martin Gilbert.

In addition, Mr Brown and his wife showered gifts on the Obama children giving Sasha and Malia an outfit each from Topshop and six children’s books by British authors which are shortly to be published in America.

In return, the Obamas gave the Browns two models of the presidential helicopter, Marine One, to take home to sons Fraser and John.

This is getting to be too funny.  The Obama transition has more scandals than many Presidencies, and the promise breaking -er- “brilliant political exceptions” just keep coming in…

WASHINGTON (AP) – Barack Obama promised a “clean break from business as usual” in Washington. It hasn’t quite worked out that way.

From the start, he made exceptions to his no-lobbyist rule. And now, embarrassing details about Cabinet-nominee Tom Daschle’s tax problems and big paychecks from special interest groups are raising new questions about the reach and sweep of the new president’s promised reforms. …

PROMISES, PROMISES: No lobbyists at WH, except …

Here are former lobbyists Obama has tapped for top jobs:

This doesn’t count Tom Daschle, who never registered as a lobbyist but got paid millions for his political connections in pursuit of preferential treatment for his clients in the health-care industry….

The AP comments that “Sloan and others said embarrassments over Daschle, one of several top Obama appointees with a history of influencing government for clients, should not detract from the president’s first-day vow to sharply limit the role of lobbyists in his administration.” But Ed fires back:

It’s been less than two weeks since Obama took office, and he’s appointed a lobbyist a day to a government position.  What kind of governing philosophy is that, if not a big “For Sale” sign on the White House, at least according to Obama’s own anti-lobbyist rhetoric on the campaign trail?  A lobbyist a day helps keeps accountability away. (emphasis HotAir.com)